I produced this promo last week for the Brockton Symphony's final orchestral concert of the 2014-15 season, "Rule Britannia." The concert wraps up an epic three-year Symphonic Voyage. You can see the musical "places" we visited at the BrSO web site, http://www.brocktonsymphony.org/.

The Announcer is now a Performer!

On March 22nd I am a performer IN the show, not just the announcer or Master of Ceremonies for the show. Here's the text of the promo:

The Brockton Symphony Orchestra presents a Chamber Music Concert Sunday, March 22nd at 3 PM at the First Evangelical Lutheran Church. Say goodbye to winter with spicy tangos by local composer Erik Lindgren, “Blue Tango” and “The Syncopated Clock” by Leroy Anderson, and Lindgren’s Neo-“Baroque-A-Go-Go.” The young and young-at-heart will enjoy Saint-Saens’ “Carnival of the Animals,” with the chamber players, two pianists, Amy Korim and Carol Chaffee, and The Voice of the Symphony, Harry Willliams. [w/ reverb: Camille Saint-Saens was wracked with pains, when people addressed him as Saint-Sanes… he turned with metronome and fife to glorify other forms of life.] Tickets are Fifteen dollars. That’s 3 PM, Sunday, March 22nd at the First Evangelical Lutheran Church, 900 Main Street in Brockton. The Brockton Symphony – A Greater Brockton Treasure.
Posted by Harry at 8:48 PM No comments:

It means a lot to me to see Bill Anderson refer to me as, "client and professional voice-over artist Harry Roger Williams III" on his Facebook page. I replied, "When I decided to evolve from "The Voice of the Brockton Symphony Orchestra​" and radio commercial narrator to Audiobook Narrator, I promised myself to only give voice to positive works that can actually improve lives. I could not think of a better book to begin with than The Anderson Method. Thanks to Bill Anderson for this opportunity to 'spread the word.'" 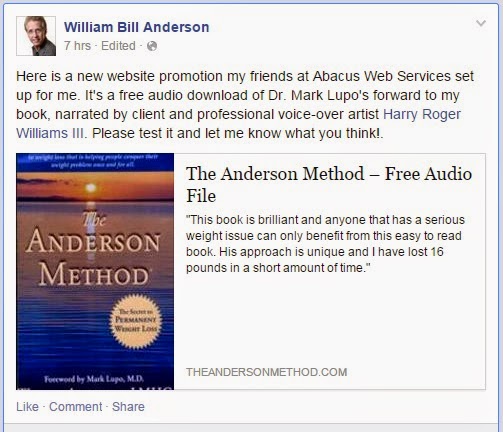 Click HERE to be taken to a page where you can hear my narration for free, and also get Bill's book - the one I used to shed 50 pounds after my heart attack - at a discount. If I could have gotten my HTML coding right, you could have done it by clicking on the image of Bill's post. I still have so much to learn about technology!
Posted by Harry at 5:22 PM No comments:

So much genius in our musical world! 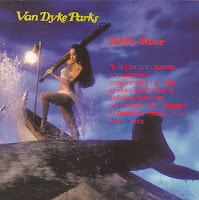 I was so sorry that family commitments kept me from Erik Lindgren's Birthday Chamber-A-Go-Go concert last fall. His works will be featured in the Brockton Symphony Orchestra's chamber concert on March 22nd, when I will be narrating Saint-Saens Carnival of the Animals with two pianos and BrSO chamber players.
One of my musical heroes, Van Dyke Parks, wrote, “Erik Lindgren scores consummate musicianship from the spatially abstract to a defining American vernacular. Erik Lindgren IS American music” - Van Dyke Parks 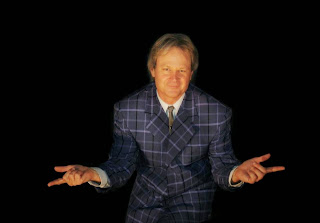 The composer, keyboardist, record collector, and archivist Erik Lindgren remembers two seminal musical epiphanies from his years as a student at Mount Hermon School (now Northfield Mount Hermon) in Western Mass. The first was the discovery of the music of Erik Satie, the early-20th-century French composer who, as Lindgren puts it, “destroyed functional tonality.” The other was his introduction to the quirky British pop group the Small Faces, a band that topped the charts in England (where they kept pace with the Beatles), but was virtually unknown in the States.

Those revelations set him on his path: a dual love of classical modernism and left-of-center pop and rock. When he assembled his first band, Moving Parts, in the late ’70s, he aspired to combine “the subtleties of Anton Webern with the pure rock and roll anarchy of the Stooges’ ‘L.A. Blues.’ ”

Lindgren, whose classical chamber music of the last 10 years will get a thorough airing in a 60th birthday concert at Tufts on Sept. 27, has had the kind of career that obliterates categories. Trained with a master’s degree in piano and composition (from the University of Iowa), he’s written classical chamber music, as well as “chamber rock” for the band Birdsongs of the Mesozoic.

Throughout the ’80s and ’90s, he was also one of the area’s most prodigious composers of commercial jingles. In addition, he runs his own recording studio, Sounds Interesting, at his home in Middleborough, and his own labels, including Arf! Arf!, best known for reissue compilations of ’60s psychedelic and garage rock as well as all manner of oddities and “outsider” music. (Arf! Arf!’s “The Barclay Story” includes titles like “Eastern PA ’60s Soul.”)

“I always say that I’m mining the bottom 5,000 instead of the top 40,” says Lindgren by phone in Allentown, Pa., where he’s attending a weeklong record festival that focuses strictly on 45s. Lindgren estimates his collection of psychedelic and garage-rock 45s numbers 10,000.

His taste for obscurities goes back to that Small Faces epiphany: “There’s this whole body of music that’s not popular but that’s equally if not more valid . . . music that the average American will never hear, yet is worth searching out.”

By the same token, Lindgren was taken with Satie because he cut against the grain of the dominant German tradition. “I remember my composition teacher at Tufts said, ‘Oh yes, Erik Satie, he’s a wonderful minor composer.’ And I never believed it. To me, he was major. He was up there with Beethoven.”

The new, two-disc kitchen-sink compilation “Yin Yang A-Go-Go: 360 Degrees of Organized Sound (1972-2005)” offers a portable Lindgren. It includes, among many other things, tracks from Birdsongs of the Mesozoic, which he founded with Roger Miller in 1980; the co-written Willie “Loco” Alexander single “In the Pink”; solo studio experiments under the moniker Space Negros; and a sampling of his “hit” jingles, from WBZ-TV’s “Newsline,” the Christmas Tree Shops, and Waltham Camera & Stereo.

Some pieces on “Yin Yang A-Go-Go” are of more historical interest than lasting musical appeal, such as the track from Moving Parts, the ’70s band that included Lindgren, guitarist Miller, and bassist Clint Conley. The latter two would eventually spin off to create Mission of Burma.

But throughout the two discs you can always sense Lindgren’s curiosity and daring. “Listen to the Angels Shoutin’ ” is from the 2005 Birdsongs album “Extreme Spirituals,” a collaboration with the gospel singer Oral Moses. The piece is like an African-American spiritual as set by a French modernist, Moses’s powerful, stentorian vocals backed by a haunting flute part, percussion, and synthesizer.

“Flyte” is an eight-minute tone poem chronicling a flight from Miami to Buenos Aires narrated by Captain Angela Masson, a top-ranked female jet pilot who has recorded under the name Tangela Tricoli. The alluring mix of melodies for flutes, bassoon, clarinet, and piano suggests anticipation, ascent, the return to earth — a rare, uncluttered emotional directness. (It’s on 2006’s “Classical A-Go-Go,” by Lindgren’s Frankenstein Consort.)

“All sounds are equal to him,” Conley says of Lindgren. “It doesn’t matter if it’s the Stooges or Stockhausen.”

Saxophonist and flutist Ken Field, one of Lindgren’s longtime collaborators in Birdsongs of the Mesozoic (who play a Pipeline show at the Middle East on Oct. 4, and at Johnny D’s on Oct. 17), calls him “a great composer.” But, he adds, “If somebody only studies Bach, they might end up sounding a little like Bach. But when somebody has a really odd set of influences that are deeply embedded in the brain, they come up with an odd result.”

I mention to Lindgren a quote about Satie from biographer Rollo Myers in the liner notes to “Classical A-Go-Go”: “Some have called him the greatest musician of all time [while] his enemies . . . called him a buffoon. Happily, he was neither.”

Lindgren cackles with delight. “He’s just a guy who had a vision. We’re not talking Beethoven’s Ninth or Wagner’s operas. But in some ways, he was as radical as the Ramones.”

Date of concert: Saturday at 7 p.m.
Ticket price: Free
Posted by Harry at 4:39 PM No comments: