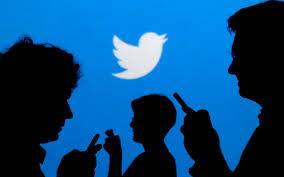 Why I have no interest in Twitter: "It allows for of-the-moment brevity." It's not the limited length that disturbs me, it's the trend away from considered responses to our world, glorifying emotional reaction over reasoned pronouncement.

I admit that the sesquipedalian habit of polysyllabification uses up those 140 characters quickly, but I don't mind that my posts on Facebook often require clicking to "Read more." When it comes to sharing insights, I choose quality over (limited) quantity every time.

Full disclosure: As someone who mostly skims the newspaper I confess to a degree of hypocrisy here...

This diatribe was inspired by this article in The New York Times:

Two months ago, Twitter’s most dedicated fans threw a fit when news of a potentially major change in the service came to light: the 140-character limit, long one of Twitter’s defining characteristics, might be going away.

Jack Dorsey, co-founder and chief executive of Twitter, assuaged people’s concerns in an interview with the “Today” show on Friday, confirming that the company will keep tweets at 140 characters.

“It’s staying. It’s a good constraint for us,” Mr. Dorsey said in the interview, which took place on the 10th birthday of Twitter. “It allows for of-the-moment brevity.”

Mr. Dorsey’s response — at an economical length of 81 characters — is likely to calm the hard-core base of Twitter supporters who have been vocally resistant to any major changes to the network, home to more than 320 million regular users. For years, those in Twitter’s top ranks have been hesitant to make drastic changes to the service for fear of losing some of those most active users.

But as the company’s user growth has slowed over the last few years, Twitter has faced mounting pressure from Wall Street to attract more people to the network — a feat that has proved much more difficult than the company’s executives have hoped.

Since his return in October to Twitter as its permanent chief executive, Mr. Dorsey has made it clear that many of the things that employees held sacrosanct about Twitter — including tweet length — were no longer untouchable. Employees were given leeway to experiment on different versions of what the product would look like to make it more intuitive and to increase the likelihood of attracting repeat visitors.

According to Mr. Dorsey’s comments, it looks as if the character limit was one characteristic of Twitter he was not willing to drop. But that does not mean the service will not change in other ways.