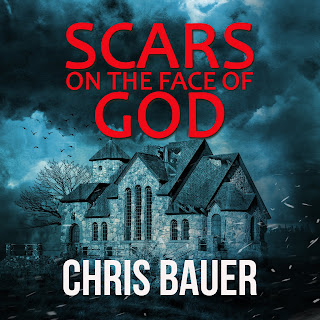 Just Released! As Narrator/Producer I have a vested interest, but I can't help but praise Chris' skillful writing - effective foreshadowing, detail that puts you in the scene without bogging down, and characters whose plights led me, while preparing to record, to stop taking character notes and clear the tears from my eyes before I could continue, several times.

This is the book I referred to two days ago when I wrote, "what I'm sure will prove to be my best and best-selling book so far is about to be released."

For details, click Scars on the Face of God.
Posted by Harry at 8:59 PM