Another Great American Novel (in my not so humble opinion)

My nomination, offered for 30 years to anyone who would listen, for recognition as a great American Novel is Ken Kesey's Sometimes A Great Notion. I read the article below with great American interest, and stand by my opinion that Kesey's saga qualifies by working on so many levels, conveying time and place vividly while injecting them with timeless human passions and struggles that transcend set and setting.
I always was a sucker for the "new consciousness," but Kesey's masterpiece does not seem at all a remnant of the 1960s but something grand and exultant rising from the chaos of men and nature and raging rivers.

THE STORY BEHIND THE BOOK; KATE TUTTLE
‘The Dream of the Great American Novel’ by Lawrence Buell
By Kate Tuttle; GLOBE CORRESPONDENT; FEBRUARY 15, 2014 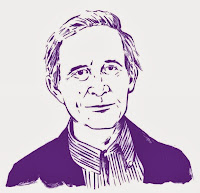 Thousands of books are published every year in this country. Some endure; most don’t. But only a very few are ever considered for that wholly imaginary accolade, the Great American Novel. The moniker — coined by Henry James — is nearly unique in world literature, says Lawrence Buell, an American literature professor at Harvard. Only Australia shares our passion for proclaiming a greatest.
“Even though the great American novel idea has regularly been scoffed at by the professors of American literature and highbrow critics,” Buell said, he noticed how persistent the concept has been. In his new book, “The Dream of the Great American Novel,” Buell traces the history of the idea. “It clearly started out partly as an anxiety expression about cultural legitimization and differentiating our culture,” he said in a telephone interview.
“But I don’t think that’s the whole story.” For one thing, Buell said, the dream owes something to America’s size, as well as to “the historic sense of this country as a country of the future.” And yet, he argued, it’s important to recognize that the term is “a plural disguised as a singular” — the great American novel, like Whitman, contains multitudes — and that despite the cheerleading nickname, “the leading candidates for great American novel are anything but nationalistic, anything but uncritically patriotic.
The emphasis from the start has been a sharp critique” of how our national ideals exceed our grasp. Among the titles most frequently discussed as contenders for the label, Buell mentioned Fitzgerald’s “The Great Gatsby,” Faulkner’s “Absalom, Absalom!,’’ and Morrison’s “Beloved,” as well as books that have fallen off the radar, such as John Dos Passos’s “USA” trilogy (which he said might be “ripe for a comeback”).
When asked about contemporary authors, Buell demurs. “The closer we get to today the less prophetic anyone’s judgment is going to be,” he said. “We see best what we see at a distance, and sometimes it takes a long time for that distant object to come into view. It took almost a century for ‘Moby-Dick’ to get into the monumental position that it still occupies.” Buell will read from his new book at 7 p.m. Thursday at Harvard Book Store.
Kate Tuttle, a writer and editor, can be reached at kate.tuttle@gmail.com.
Posted by Harry at 9:24 PM

Spot on. I agree wholeheartedly.