How wonderful to see an author succeed in these traditional ways!

Laurie Cavanaugh's interview in today's Brockton Enterprise gives author Patry Francis a chance to praise Brockton pizza and Brockton Public Library﻿, where she is speaking this afternoon. If not for already having tickets for this afternoon's Red Sox game, I would be there. I plan to "check out" (library pun intended) her books. Her second novel, “The Orphans of Race Point,” has been selected by The Boston Globe as a summer read and by the Literary Guild and the Book of the Month Club as a featured alternate. How wonderful to see an author succeed in these traditional ways! 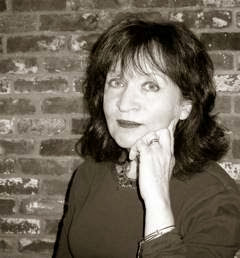 Author and Brockton native Patry Francis says the city has influenced her writings in many instances. Francis, who is scheduled to speak Saturday at 2 p.m. at the Brockton Public Library, discusses her recently released novel, “The Orphans of Race Point” and her Brockton ties:

QUESTION: Your second novel, “The Orphans of Race Point,” came out on May 6 and has already been selected by The Boston Globe as a summer read and by the Literary Guild and the Book of the Month Club as a featured alternate. How surprised were you by the book's reception?

ANSWER: It has been so fantastic to see the response. My editor told me the novel had been selected for Literary Guild and Book of the Month before it was announced, but the Globe pick was completely unexpected. My aunt, who lives in Bridgewater, was the first to spot it as she was perusing her Sunday paper. It was a thrill for both of us. The best part, though, is hearing from readers who are moved enough to respond personally.

QUESTION: Author George F. Higgins, who wrote “The Friends of Eddie Coyle” (published in 1970), was also from Brockton originally. What are your Brockton connections?

ANSWER: I was born in Brockton, attended the old Shaw School, East Junior High, and graduated from BHS when it still had double sessions. After graduation, I left the city for college, but my parents, Richard and Eleanor (Heney) Doody, stayed in our house on a little dead-end road off Crescent Street until they retired. It has always been home.

QUESTION: What part do your Brockton years play in your writing?

ANSWER: The tight-knit Portuguese fishing community I write about in “The Orphans of Race Point” reminds me of the hardworking people I knew in Brockton, which is probably one reason I was drawn to them. When I was growing up, most of my extended family lived in the city or nearby; and until my grandmother’s health failed, there were usually a group of cousins running around my grandparents’ house on Belcher Avenue on Sundays. My parents were active in their church and community; they loved to entertain and they taught by example what it meant to be there when others needed you. In that way, they weren’t different from many people I knew as a child – or the characters who appear in my novels.

QUESTION: The trade paperback edition of your first novel, “The Liar’s Diary” (Dutton, 2007), came out in January 2008, just as you were facing a serious health challenge. How has the experience of writing, publishing and promoting “The Orphans of Race Point” been different?

ANSWER: 2007 was one of the most exciting years of my life and one of the most challenging. When the novel came out in hardcover in February, my publisher sent me on a national book tour. It was particularly wonderful because neither my husband nor I had ever been to the West coast. Then, in late November, just as I was gearing up to promote the paperback, I was diagnosed with an aggressive form of cancer. Once again, community, like the kind I’d known in Brockton, stepped in to help, but this time, it was a group of writers and bloggers I’d met online. They put aside their own work to organize, promote and write about my work on publication day. With “The Orphans of Race Point,” I’m keenly aware of what a privilege it is to get out and speak to readers. It may sound like a cliche, but every day is a gift.

QUESTION: For readers wondering whether to read it, how would you describe “The Orphans of Race Point?”

ANSWER: The novel connects two savage crimes, separated by 20 years, and explores the lifelong affect on the children involved. There’s a strong element of mystery and suspense, but at its heart, it’s a tribute to family, a powerful love story that evolves in unexpected ways, and a journey of forgiveness.

QUESTION: “The Liar’s Diary” was recently optioned for film. Any details yet?

ANSWER: The last I heard a well-known actress had read the novel and was considering the lead, but I’m not allowed to say more until she signs on. It’s an exciting prospect, though I try not to think about it too much. These things tend to happen very slowly.

QUESTION: You will be talking about “The Orphans of Race Point” at the Brockton Public Library on Saturday. Any memories of the library or Brockton to share?

ANSWER: My mother was a great reader and from the time I was very small, we visited the library regularly. I have vivid memories of her putting her finger to her lips before taking my hand and opening the heavy door. It was like entering a church. When I was older, I often spent overnights at my cousins’ house on Winthrop Street, and after we walked downtown on Saturdays, we would stop at the library on the way home. In my novel, the young protagonist is seen reading a biography of Amelia Earhart. I can still remember taking that book home from the Brockton Public Library.

QUESTION: How is the pizza in Provincetown?

ANSWER: We have many terrific restaurants on the Cape and in Provincetown, but there’s nothing like The Cape Cod Cafe for pizza. I used to love Christo’s, too. Before they closed their doors, we came up for one last Greek salad and pizza. I hope the rumors that they’re planning to open a small take-out place are true.

About the interviewer: Brockton resident Laurie Cavanaugh is director of the Holmes Public Library in Halifax. She blogs about books at Bay State Reader’s Advisory (baystatera.com).
Posted by Harry at 10:55 AM