Dennis Lehane - an author whose life was changed by libraries!

I'm guessing that Diane Costagliola has already clipped this article from today's Boston Globe, but want to make sure she sees that this incredible writer is a proud (actually the pride is my own assumption) graduate of her new domain, Boston College High School. (Diane recently left the Thomas Crane Public Library, where she was a top-notch reference and all-around librarian to direct the library at BC High.) I'm sure all of my library friends will enjoy Lehane's saying "The nuns told my mother that I read well past my age level, which was the only nice thing they ever said about me. So my mom got me a library card, and it changed my life." I have heard him speak at fund-raisers for libraries, so I know his gratitude for libraries as life-changing is sincere, and he does something about it. 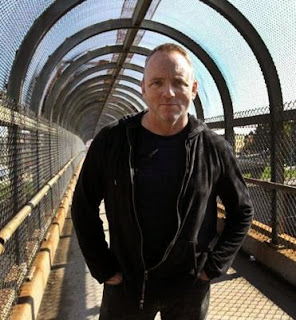 Dorchester-born Dennis Lehane may be soaking up the sun most the time now in Santa Monica, Calif., but he hasn’t left behind Boston’s bleaker corners as his soon-to-be-released book, “The Drop,” makes clear. In a reverse of the more typical order, the mystery sprang from the screenplay Lehane wrote for a movie, which stars James Gandolfini in his final screen role. Both projects will be released next month.

BOOKS: What are you reading now?

LEHANE: I’m reading nonfiction: “The Impossible Exile” by George Prochnik about the Austrian writer Stefan Zweig, whose work was the inspiration for the film “The Grand Budapest Hotel.” I’m just a huge fan of that movie.

BOOKS: Do you read books films are based on to extend the movie experience?

LEHANE: Yeah. I like to see the movie and then read the book because the book deepens the experience. Where as if you read the book first the movie always pales by comparison. I was a huge fan of Michael Ondaatje’s “The English Patient.” When the movie came out I was like, “Really? This is what you’re excited about?’’

BOOKS: Are you reading any fiction?

LEHANE: Yes, “Fourth of July Creek” by Smith Henderson, which is set in 1980s Montana. It was published by Ecco, which is a safe bet. They published my favorite book of the past five years.

BOOKS: What was that?

LEHANE: “The Son” by Philipp Meyer, a big, rich book that takes on the big, rich themes of this country. It reminded me of early Cormac McCarthy. Clean, rich, muscular, the kind of writing I respond to the most. I only had 100 pages to go, and my dog Rosie ate my copy.

BOOKS: Has this dog eaten other books?

LEHANE: This is my second white English bulldog, and they both have been crazy and had incredible tastes in books. My previous one, Stella, ate Brad Watson’s “The Heaven of Mercury,” and the next day it got nominated for the National Book Award. She also ate a Toni Morrison book and an Edith Wharton book. Stella wouldn’t even look at a James Patterson.

BOOKS: When you went to Boston College High School did you read anything that had a big impact on you?

LEHANE: F. Scott Fitzgerald’s “The Great Gatsby.” Tom Perrotta and I talked about how every writer we respect names it as the book. It just casts a shadow over the 20th century.

BOOKS: Did growing up in Dorchester shape you as a reader in any way?

LEHANE: Yeah because no one did it. You’d get beat up pretty quick for it. I was in the midrange of popularity, but I took it down a notch by sitting in the back of the classroom and reading. The nuns told my mother that I read well past my age level, which was the only nice thing they ever said about me. So my mom got me a library card, and it changed my life.

BOOKS: Is there a book that really captures Boston?

LEHANE: I don’t think anyone’s written a comprehensive Boston book. Some do a great job of capturing a time period, such as J. Anthony Lukas’s “Common Ground” about the city’s school desegregation.

BOOKS: Given your Irish background have you read a lot of Irish writers?

LEHANE: It’s never been like I got to blow through all of James Joyce, though I did. The books that have spoken to me have been Irish-American, specifically William Kennedy’s books. Reading Kennedy was like going home. Once when I was in Albany, N.Y., I got lost, but from reading all his books I knew to look for the major streets, which is what I did.