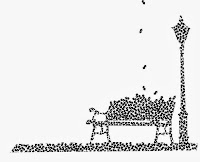 Today's Boston Globe features "An invisible crisis: We are suffering from a growing public goods deficit," By Charles Derber and June Sekera. You can click on the title to read the entire essay.
This is not easy reading, in either language or content, but is important. "1950s... economist John Kenneth Galbraith... warned about our backwards budgetary priorities leading to a disgraceful combination of 'private opulence and public squalor.'” Sound familiar?
The article tells us "In 2008, Mettler showed that of all who deny ever receiving benefits from US government programs, over 90 percent had participated in at least one such program." This reminds me of Ayn Rand, whom I love for her fiction, but who claimed "No one helped me," when, as a penniless immigrant, she was supported by family members in Chicago. This is not merely a convenient lapse of memory, it is a denial of the need to figure out - or perhaps to admit - that rational selfishness may not be a sin (Rand's theme) but that rational SHARING is also a virtue, one without which survival is unlikely, or likely to exist in a brutal form. A common sense balance of keeping and sharing is the humane, wise and practical way for us to live!
Posted by Harry at 1:34 PM